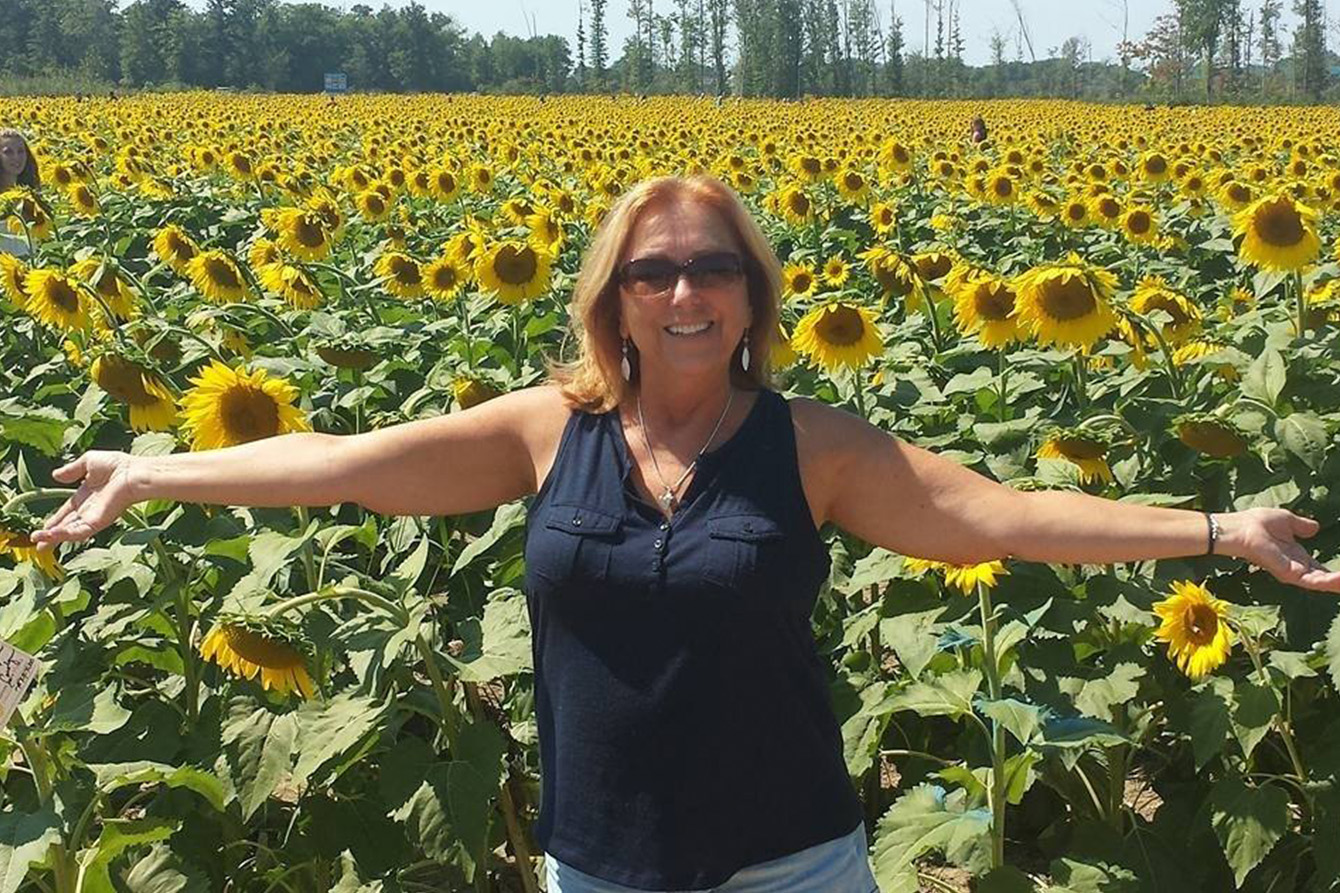 “I am glad that I never gave up on life, that I am able to give love and hope to others and honor to my son.”

I have had several traumatic experiences over the last couple of years, each event feeling more traumatic than the last. It started with a car accident. My best friend and I were driving down a residential street when, out of nowhere, we were hit by a drunk motorcyclist estimated to be going over 100 miles per hour. He died on the scene.

During my x-rays and check ups related to the car accident, my doctor found a tumor in my chest and I had to undergo surgery to have it (and parts of four ribs) removed. My rehab process was the most arduous and painful thing I’ve experienced physically.

The third incident was almost a year ago; my teenage sister tried to commit suicide. Her depression had gotten the best of her and I didn’t understand how she could not want to live. Wasn’t my love for her enough to stop those feelings? This question ate at me internally for a very long time.

Then, my father had a heart attack on Father’s Day. I was the only kid around to help him through rehabilitation. My brother was out of town and my sister was dealing with her own struggles.

Lastly, my mother nearly died of trauma (related to fainting). I saw her flatline in the hospital more than once. This was perhaps the hardest thing I have ever been through–partly because my mother is the best support system in my life, but also because I had an accumulation of two years of traumatic events eating at me.

How I Was Affected

I have had so many emotions come up throughout the last two years.

With the car accident, I was scared. I had so much fear about everything–about death, life, feeling sad, and wondering if somehow this was my fault. Then I felt anger – how could this man do this to us?

With the ribs, I was mostly angry. I kept thinking that I was in a bad dream and that life was so unfair. How could I, at 19, be going through so much physical and emotional pain? It took many months for me to find acceptance.

I was quite undone when my sister tried to kill herself. I remember being so angry at her until a therapist told me that she wouldn’t have tried this if she could think logically like I could. I was scared every minute that she would try it again. I decided to become proactive and became her biggest ally, support system, and cheerleader. She is doing so well now. I think she needed someone to say “I love you no matter what you do or who you are.”

With my parents came so much fear. I became so uncertain about death. Death has become this thing that looms over me and taunts me. It makes me sick to my stomach to think about the fact that one day I will never be able to speak to my mom or dad again. After my parents both almost died, I developed really intense anxiety about death (i.e. assuming the worst if I haven’t heard from my mom in an hour). My anxiety wasn’t something that made me socially awkward or anything. It made me a worry wart, like I needed to put a net over everyone to keep them safe from anything and everything.

To a logical person, I may sound ridiculous. But everything I feel or see or do is sort of strained in this “colander” of posttraumatic stress so to speak; everything I experience is colored with my past experiences. I can’t go on a road trip without fearing someone might broadside me, for example. I think, in part, this anxiety became so intense because of the accumulation of events that have occurred in the past two years, not one singular situation.

Early on, I thought I could just stuff it all down and carry on. I was sort of embarrassed to think I might need to talk to someone. I am someone who is independent. Growing up, I thought that people who needed to talk to therapists were crazy psycho people. It took me a long time to come to terms with the fact that psychotherapy is around for a reason. Life can get hard.

I have found a lot of peace talking to someone with an objective understanding about what I am going through. Empathy helps, too. Obviously, a good support system is key. I have great friends and an awesome boyfriend who understand that what I feel is sometimes intense. They know how to calm me down, make me laugh, and keep me busy when life is getting hard.

More recently, I have started reading books about Buddhism. I figured that some sort of spirituality might help me reduce my fear of death, which it has. I like the idea of reincarnation. And heaven. I just need to find comfort in the fact that the end hopefully isn’t the end.

Where I Am Now

I am doing so much better than I was originally. With the car accident, I was almost in denial that I was upset. And then once I acknowledged that I was upset, I was able to move beyond it. I still struggle sometimes, especially when traumatic things keep occurring. For example, when my mom got sick and almost died, I couldn’t control my emotions. I feared getting up in the morning. I feared each minute as I lived it. I couldn’t stop crying and I am not normally a crier. But, I have learned that accepting your emotions for what they are and having them validated by others helps you to move past the scared, angry, and upset stages of grief.

Weirdly, I have found great comfort in the old adage, “It is what it is.” You have to choose your battles. My parents are going to die, so worrying about when and how is taking away from the time that I have to enjoy with them now. This took a lot of trauma, grief, and therapy to come to this.

For the first time in a long time, I truly feel that I have these amazing coping strategies. I am calm. I can deal with just about anything. I am strong. My healing process is continual, but I am able to live my life, enjoy it and laugh a lot. I’m proud of myself for getting to this point in my life.